Kangaroo Island was declared an internationally recognised wine region in 2000.  The first vineyard was planted in the mid-1980s and Kangaroo Island now boasts more than 20 vineyard owners working about 120 hectares, or 300 acres, of grapevines.  It forms part of South Australia’s Fleurieu Zone, which includes such renowned wine regions such as McLaren Vale, Langhorne Creek and Currency Creek, but its unique microclimate makes it unmistakable, individual and unforgettable.

WARNING - South Australian Liquor Licensing laws prohibit the sale of liquor to persons under the age of 18 years and the purchase of liquor by or on behalf of a person under the age of 18 years.  SnowDragon Wines® is committed to the prevention of alcohol misuse, abuse and consumption by minors. We pride ourselves on producing a high quality product to be enjoyed by discerning Adults of a legal drinking age, 18 years and over. For the safety and well being of everyone, please do not Drink and Drive. To drink and drive is a criminal offence. www.drinkwise.org.au  SnowDragon Wines® Delivery Policy Goods will NOT be left with persons under the age of 18 years (proof of age may be required). Goods will NOT be delivered to unattended premises. Goods MUST be signed for by a person aged 18 years or over. 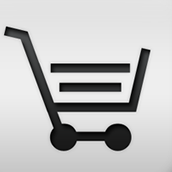